When it comes to design, there are a few basic rules that should be followed. Button design sometimes looks pretty simple, but it goes hand in hand with many apparently small factors that the designer must consider. Here are some guidelines to follow when designing buttons.

The principle shows how the eye moves along an orientation axis from left to right until
it reaches the lower right corner. Design elements that lie along the diagonal receive the most attention. Elements that lie outside the diagonal receive less attention.
The optimal placement of buttons follows the Gutenberg principle. You should place your buttons at the end of the user’s scan path when they are ready to perform an action.

When to use buttons or links

Buttons communicate actions that users can take. They are typically placed troughout your UI, in places like: Dialogs, Forms, Toolbars, etc. The distinction between buttons and links matters:

Buttons are used when you are performing an action, such as: "submit", "create new", "upload", etc.

Links are used when you're navigating to another place, such as: "view all" page, "Max Mustermann" profile, etc.

A button is a fundamental UI element that greatly influences your interaction design. Buttons have the power to force users to convert to perform an action. Buttons are there to keep the conversation going between humans and machines. 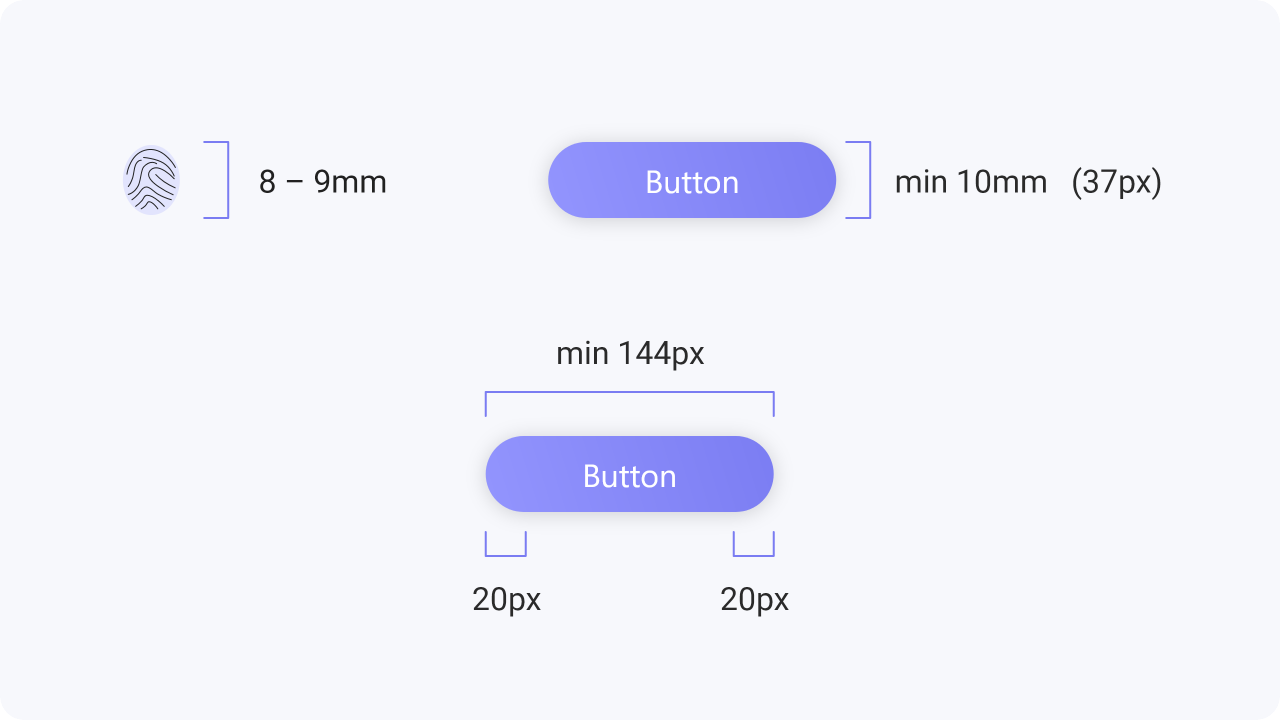 The size of your button is particularly important for mobile designs. Making a button too big will lead to a visually charged screen, while a button that is too small cannot be clicked on by a normal finger.
MIT’s Touch Lab published a study back in 2003 that found most fingertips to be 8 – 10mm wide. 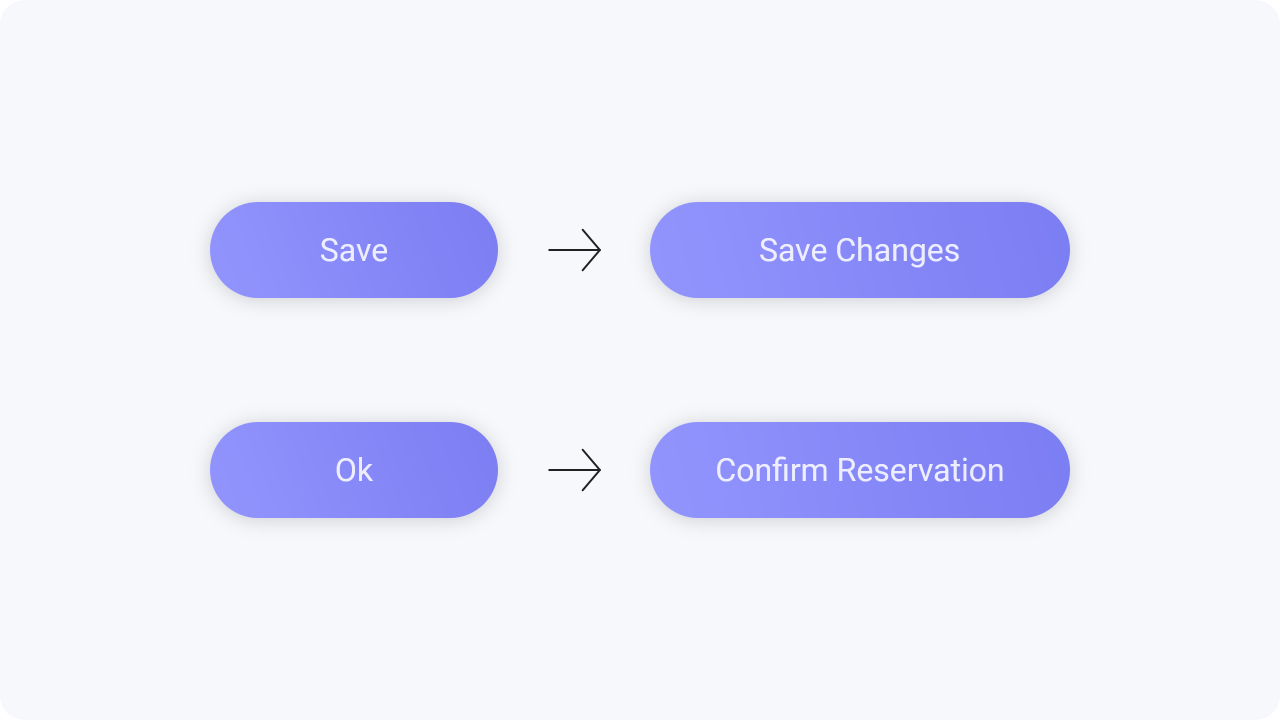 When designing buttons, make sure that the wording is correct, so that it is easy to understand what action is involved here. 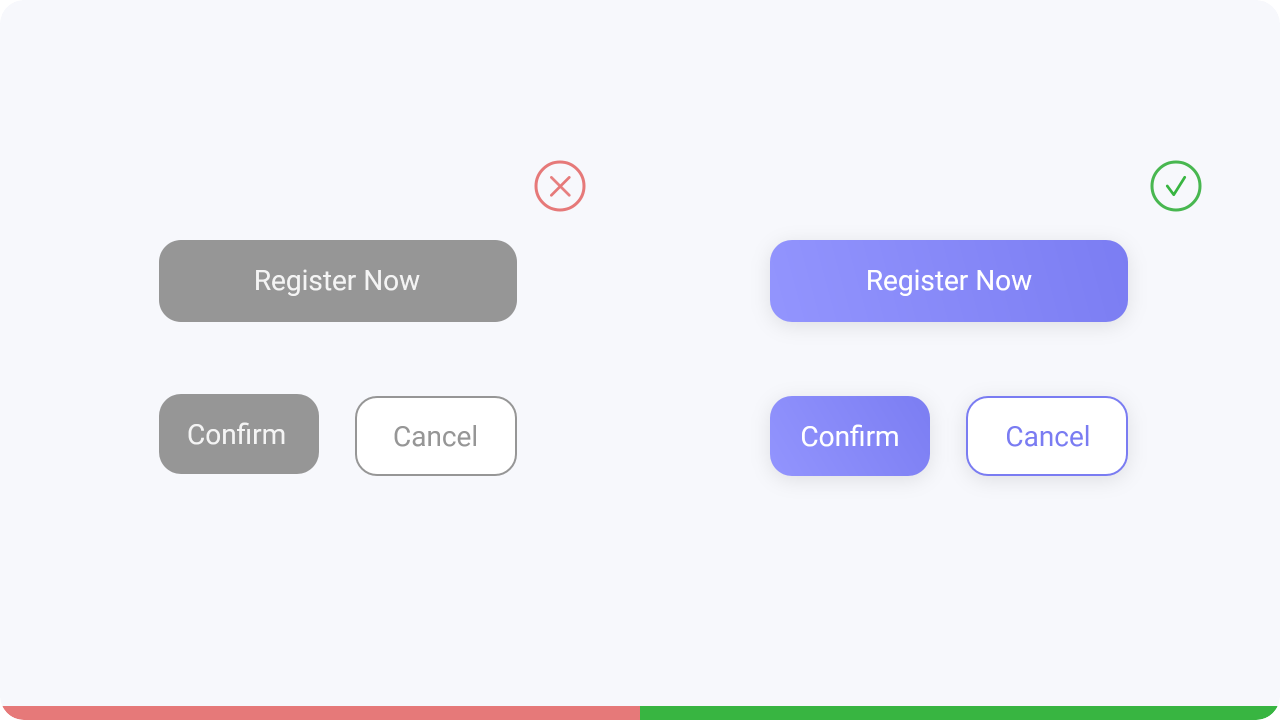 Make sure your buttons look clickable and the user instinctively knows that the action works. avoid grey tones as these buttons always look inactive, as well as shapes that no one else uses for buttons.

Whenever a user interacts with a button, it should change state to let the user know that something is happening as a consequence of their actions.

Hover – curser above an interactive element

Process – in progress of completing the action 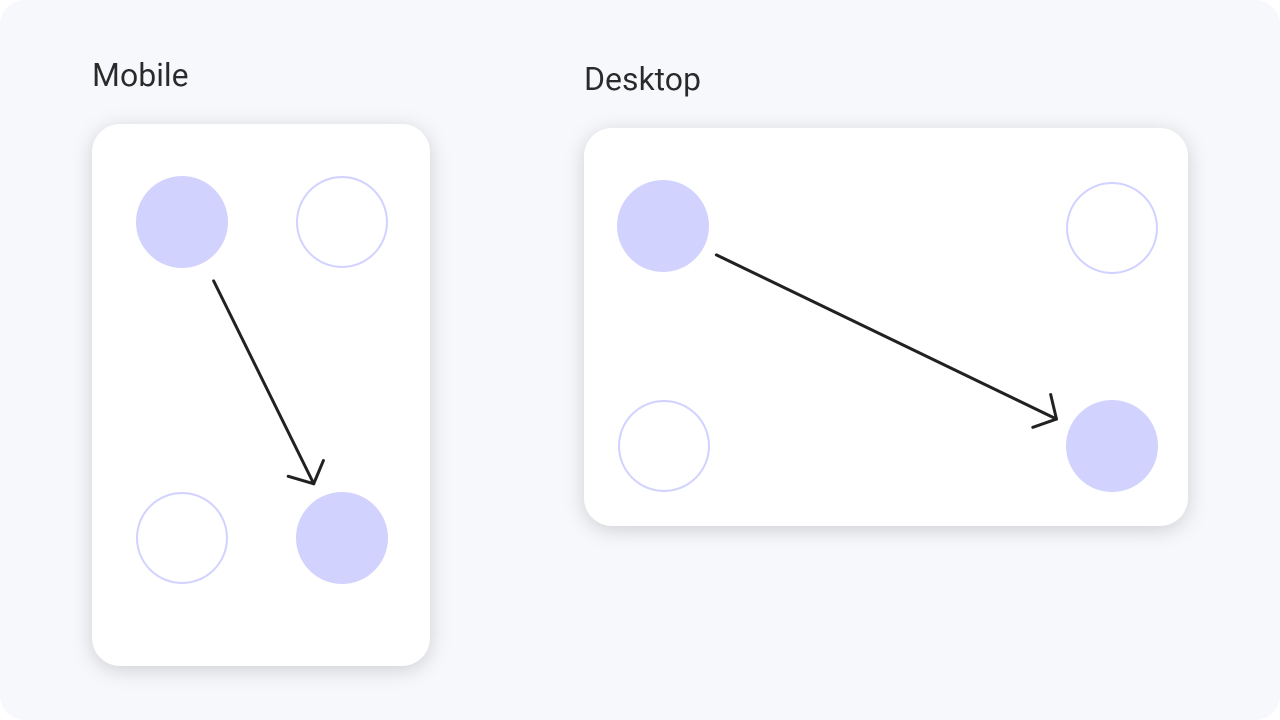 While reading content, an user eye movement starts from top left corner and ends at bottom right, which is finishing part of the content. 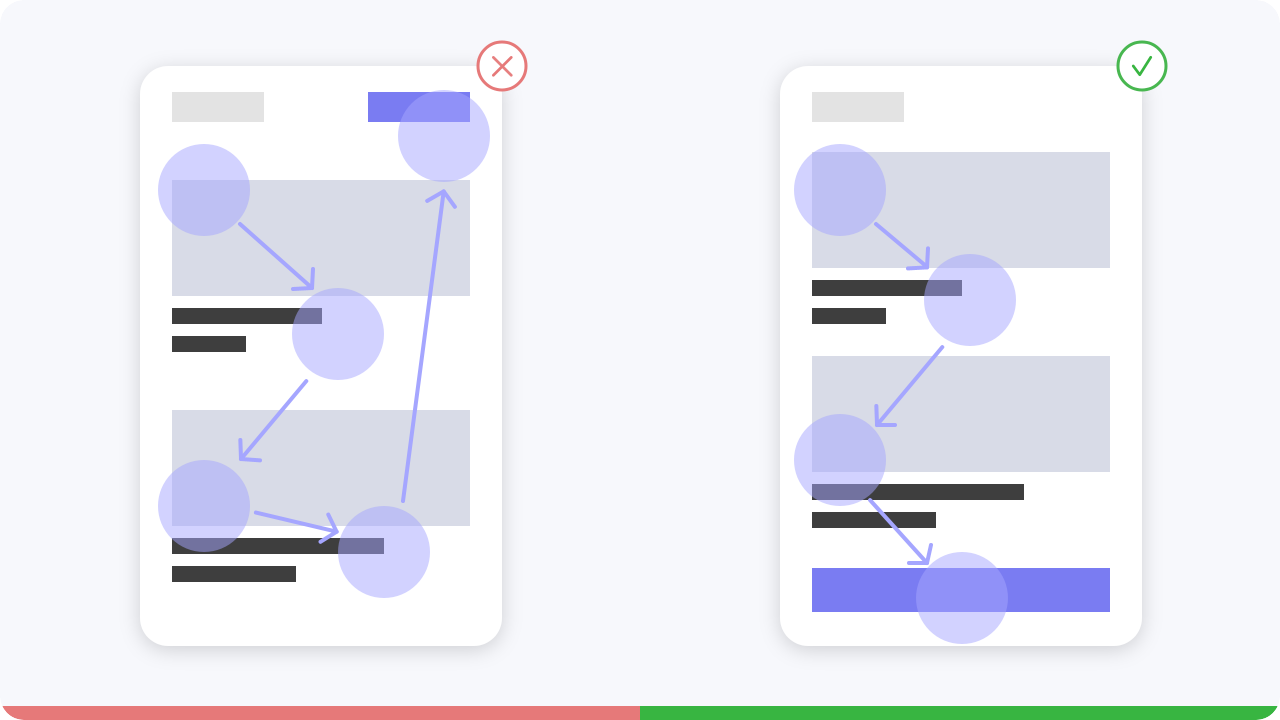 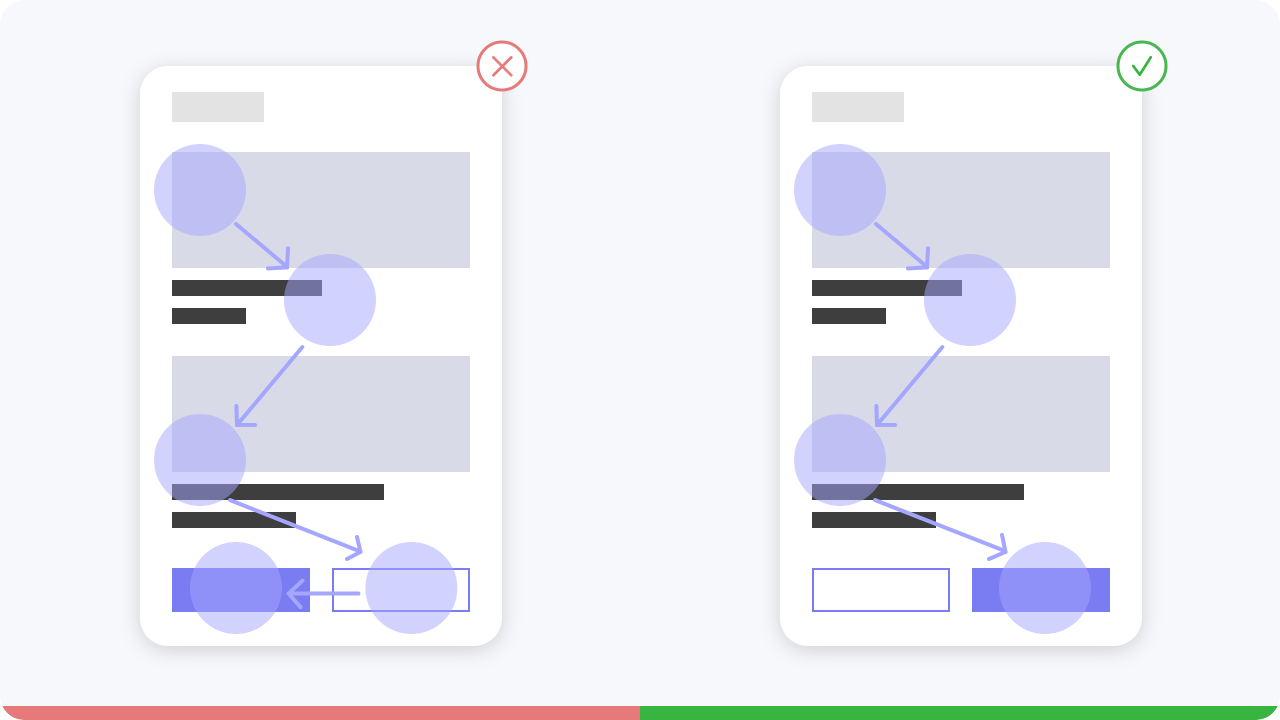 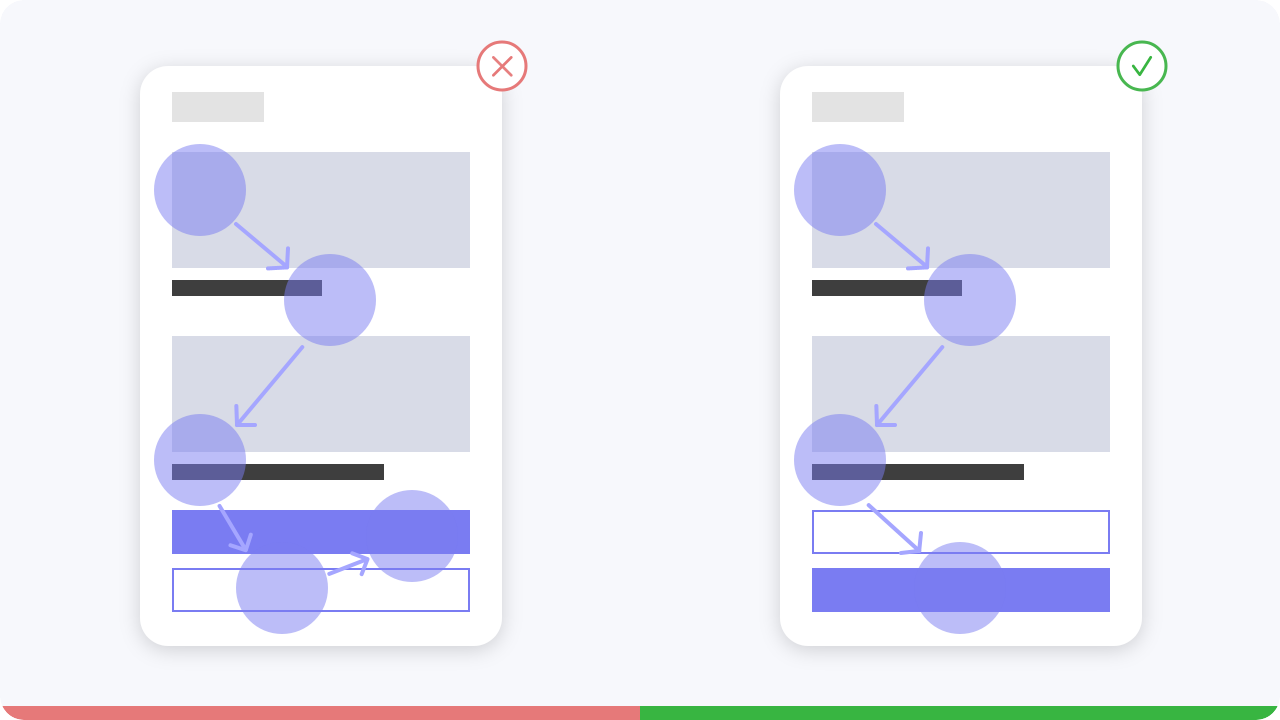 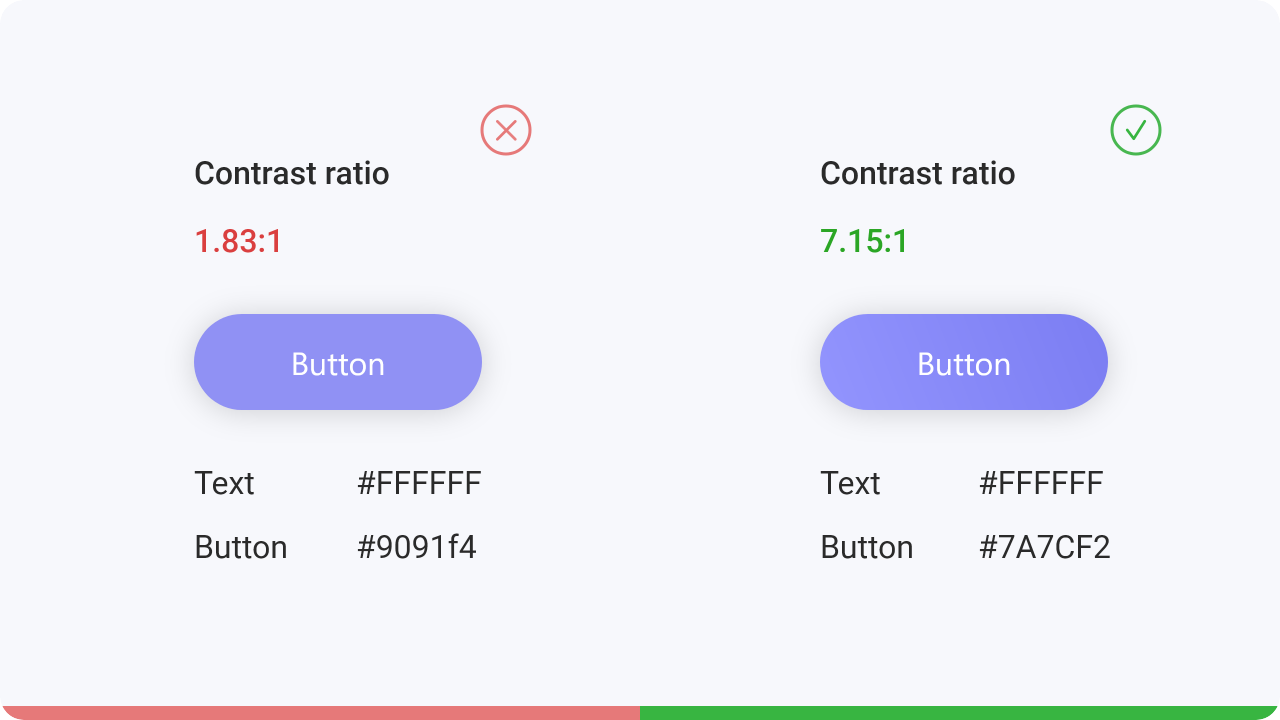 Accessibility of the buttons is also very important.
For visually impaired people it is important to
check the contrast of the text and the color of the button. With the help of tools this can be easily tested here.

When to use buttons or links 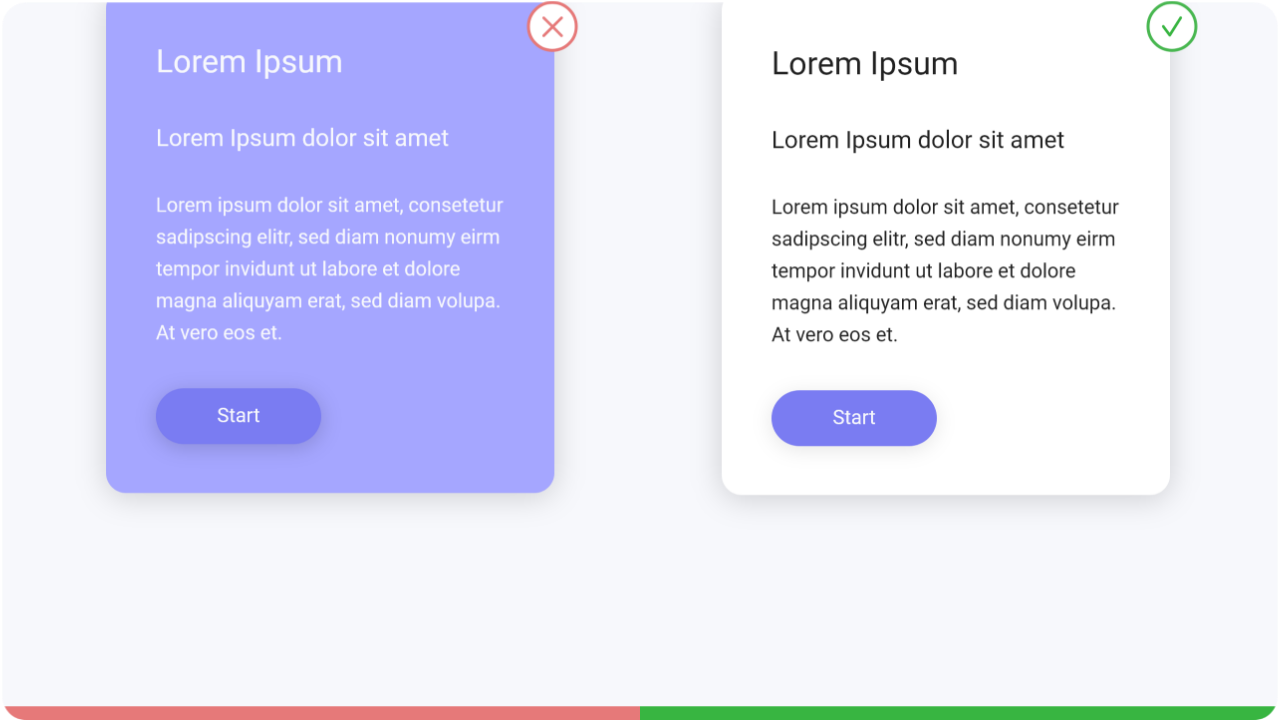